Is fear holding you back from achieving your dreams? 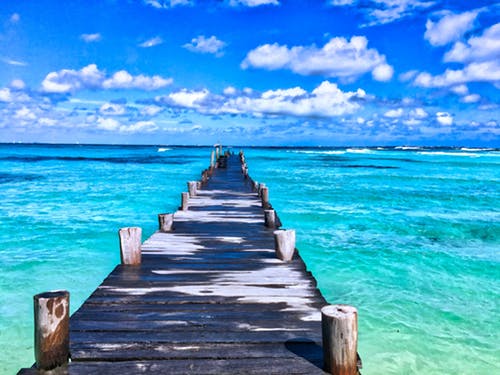 “There are people who put their dreams in a little box and say … “Yes, I’ve got dreams.” Then they put the box away and bring it out once in a while to look in it, and yep, they’re still there.” ~ Erma Bombeck

Fear does NOT want you to read this … certainly not to the end! Pull up a chair because I’m about to reveal it’s best kept secret, and next time fear shows itself and threatens to de-rail your dreams, you will be prepared for it’s savvy powers of persuasion.

Fear is too often victorious.

It “wins” because many would sooner share their worst fear with the mailman before they share what they dream of with a member of their family. Dreams are often thought to be private, often under lock and key, and showing up at the starting line can feel risky. Most people opt to keep them a secret.

Fear encourages this. Often, all it takes is a few words and you cry uncle.

“Why rock the boat?”
“Imagine what so-and-so will say…”
“Things are good enough.”
“What? You don’t have enough (fill in the blank) for that.”
The list goes on…

Any one of these can have you throwing in the towel and surrendering to your repetitive reality of the familiar, and putting those dreams back into their box like that nice pair of shoes that seemed like a good idea at the time but that you never wear.

There is a wiser, braver, bolder part of YOU that believes it’s possible and every once in a while you get a glimpse of this higher truth.  Until, fear kicks into overdrive … and your dreams get put up on that hard to reach shelf to collect more dust.

Fear is masterful at scaring you right back into your “safe zone” of “good enough”, or worse, “comfortable misery.”

If the first few statements don’t do the trick in getting you to resign yourself to “reality”, fear has a Plan B. Waiting in the wings, it’ll serve up an abundance of so-called “evidence”:

Oh yes, fear can have you paralyzed in no time, tricking you into thinking it’s on your side as has your best interest at heart.

Rather than run for a broom to sweep it back under the rug, what’s SO critical to understand is that your dream becomes possible the moment you decide it is. (Yes, you really ARE that powerful.)

If you’ve mistakenly filed your dreams under “impossible”, don’t worry, you can re-file them.

And while it may feel like you’ll need to make HUGE changes and taking BIG scary leaps, know that taking the right small steps are the key.)

Here’s what fear WON’T tell you:

More than anything, it wants to KEEP you from seeing the cost of NOT going for it.

Can you afford THAT?!?

Fear fears THIS question most of all, because it knows the answer is NO.

If you’re ready and you do not want to pay that price … here are two simple ways to get started today:

Helping people live their dreams since 2004.